How different is your business?

OK, so I bought a Tesla. Your reaction will likely be either “Cool! An amazing car…which one have you got?” or “Yeah, well, I just don’t like Elon Musk, ok?” At least, those are the two reactions I’ve had so far. The vast majority of reactions have been former, thankfully, and for one person, the experience of just being a passenger of mine has changed his mind from owning a BMW iX3 to buying a Tesla Y!

Yep, I’m now an evangelist, and I make no apology. You see, I’ve been an Apple user for the last 25 years and it is the closest thing to an Apple product you could possibly have in a car. It feels like when I got my first iPhone and I thought, “why isn’t every phone made like this?” How Apple will produce a car that is better will be intriguing to find out (if they do finally get around to it).

So, what is it about this car that is different and better than anything I have ever driven. Not just a bit different, but by a country mile. Where do I start?

Like Apple, Tesla has created an ecosystem that works

Every other car company is so far behind. Let me make a comparison. When Apple launched the iPod with the famous Steve Jobs quote “1000 songs in your pocket” it had one massive advantage over other MP3 players, and that was iTunes. Without iTunes, it was just another MP3 player…well, not quite…it was actually an amazing piece of kit that looked beautiful and worked, like every Apple product, intuitively. However, the combination of both of these, working in harmony, stole the show.

Tesla have done exactly the same with their charging infrastructure. It’s everywhere, there are lots of them and they are super-fast. There are now over 35,000 super chargers in the world for Tesla, and in 40 mins you can have an 80% charge, which on a Tesla will be over 250 miles. 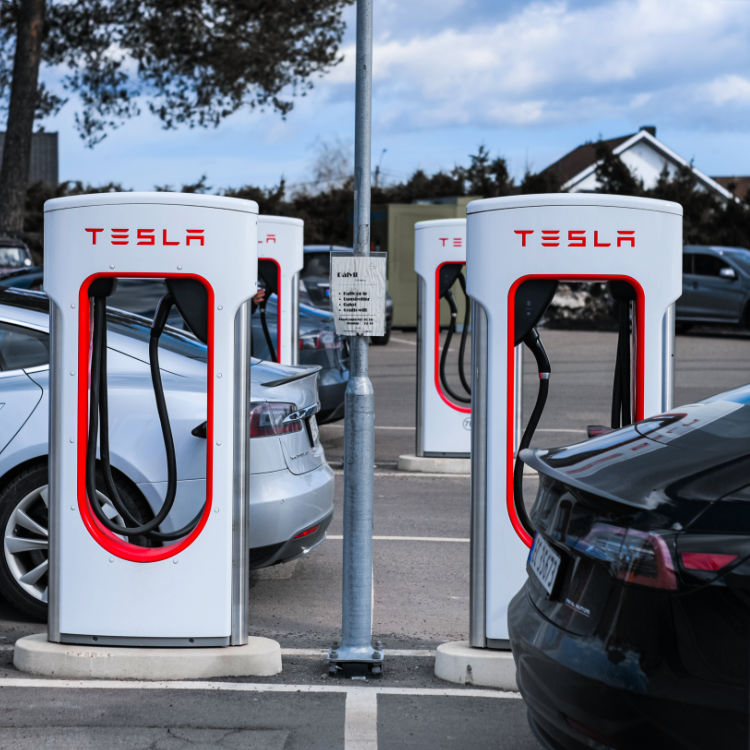 My wife and I drove from Guildford to Falmouth to see one of my daughters at Uni recently. It’s 210 miles and on a good day about 5 hours plus stops. Tesla routed us to a Supercharger stop in a hotel on the way down with about 10 chargers and on the way back to an outlet park with about 12 chargers. We found a charger in 5 mins and had enough time for a sandwich and coffee before my Tesla app showed me that my car was charged to 90%.

Their focused differentiation is a thing of beauty

What do I mean? There are three possible differentiation strategies that a business can take: Product Focus, Operational Excellence and Customer Intimacy. Tesla are all over Product Focus. Let’s look at what that means. To be truly product focused you have to produce a product that disrupts the market and has continuous investment in Research and Development (R & D). Tesla spends the most on R & D and the least on Advertising of any car company in the world. It spends almost $3,000 on R & D for every car produced – that’s three times the industry average! Let me give you some other examples of Tesla’s Product Focus:

Be a Jack of All Trades AND be a Master of One!

To run a successful business, you must have minimum standards on all three areas: Product Focus, Operational Excellence and Customer Intimacy, but make a conscious decision to ‘major’ in one of them. Because Tesla’s technology works so well, they can be a ‘low touch’ customer business. Other great examples of Product Focus companies are Dyson and Apple; both set very high standards of Customer Intimacy and Operational Efficiency, but their killer strategy is Product Focus. I am not saying Tesla staff aren’t friendly; they are, but that’s not their point of difference.

The Godfather of Strategy, Michael Porter, famously outlined in his 1985 book, Competitive Advantage, that the worst place to be for a business is ‘stuck in the middle’. So, if you are trying to be high on all three strategy positions, you’re unlikely to create sustainable competitive advantage in any of them.

Want to be first to know about a new blog or episode of The Gritty Leaders podcast?
Sign up for news, views and exclusive content.

Want to be first to know about a new blog or episode of my podcast, The Gritty Leaders Club? Sign up for news, views and exclusive content.

I hate spam, too. I’ll never send any to you.